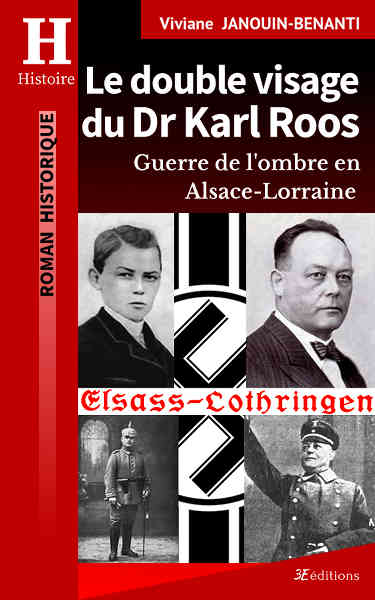 In the interwar period, in Alsace-Lorraine, a former German territory, the separatists is on the increase. Hitler asks Robert Ernst to recruit them to serve Germany. He finances them.

Very intelligent, more cunning and manipulator than anybody else, the separatist Karl Roos, who became National Socialist, will be the secret weapon of the Third Reich.

With the rise of Nazism, the Alsatian Jews defend themselves with fervour. Hatikva " The hope " wants to fight. Very early aware of the danger of Mein Kampf, eminent Dr Joseph Weill structures an operational Jewish resistance.

In 1933, when Hitler takes power, the refugees stream in France ; Lazare Blum and the Jewish community of Strasbourg organize their welcome. Meetings are held to think about Mein Kampf and Trifles for a Massacre of Céline.

Dr Joseph Weill sets up a powerful network of information, in contact with the French secret services; incredible counter-intelligence which leads to the arrest of Nazi spies.

In her 15th book, it is with a lot of talent that Viviane Janouin-Benanti tells us this fascinating, little known adventure.

You can read an excerpt of The double face of Dr Karl Roos on:

Paperback at € 14 available from: Amazon

Some photos taken from the book

Paperback at € 14 available from: Amazon